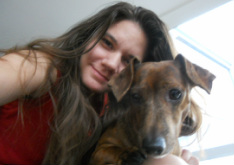 Lisa has been telling stories her whole life. A southern girl at heart, she moved to New York City in 2006 in search of better BBQ. It can't be found. Memphis has the best. However, she decided to stay and pursue her passion in filmmaking. She has since worked on 30 plus feature films, corporate videos and short films. Her own short film, Layla's Millstone, was accepted into the Short Film Corner at the 2010 Cannes Festival. Her passion for working with animals was the inspiration behind Foster Dog. *

Laurie is a busy New Yorker. When she isn’t working full time, she’s making films and can be found frequenting Broadway shows, guiding people around the city or…working on someone else’s film. Laurie has lived in both LA & London, although she is originally a Minnesota farm girl, she fancies New York as home. Her passion for travel, the arts, acting, helping people and making it happen are what has lead her to filmmaking. Laurie has produced a variety of her own short projects, other short films, a feature & has a feature in development. 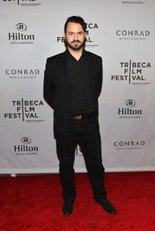 Minos is a London born Greek Cypriot filmmaker currently based in New York City. Minos was introduced to the film world at a young age achieving his first international award at the age of 16 with the short film Whispers (1993) at the Make-A-Video youth competition in Helsinki, Finland.

Minos has been working in the indie film industry of New York for the past ten years. His first independent feature film, Shutterbug (2009), was released theatrically in 2010 in New York and Los Angeles. Minos' most recent documentary 'A Short Film About Guns' which examines the unregulated arms trade was selected for the Tribeca Film Festival 2013 where it won the Best Online Short audience competition. His second feature film, Behind the Mirror, is currently in post production. 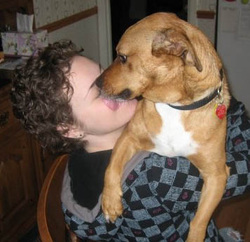 Christa is an editor, producer, and tech nerd specializing in all things post production.  One of her first films consisted of her golden retriever, Abby, destroying a Lego town when she was 8.  Since then, Christa has worked on the Academy Award-winning short documentary, Strangers No More, as well as shows for HBO, MTV, NBC, HGTV, and Travel Channel.  Editing credits include: Are You Afraid of the '90s?, One World Trade Center, Meka, and Clean Energy, Clean Conscience. 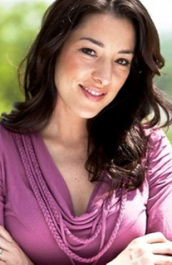 
Kat Scicluna is an actor and entertainer trained in improvisational comedy through the long form program at Upright Citizens Brigade. She has combined her professional training in improv, vocals and dance in a variety of mediums including theater, film, and television as well as in the world of magic where she has joyously vanished into thin air and dodged swords for nearly a decade as a magician's assistant. Kat is also a Licensed Canine and Equestrian Sports Massage Therapist trained to work with horses, canines and exotics on-set through wrangling, massage and reiki.

Kat previously has taken care of the horses as a groomer, wrangler, and an ECSMT in the Cinemax mini-series The Knick. She has generously offered her services to help our dogs feel comfortable on set. 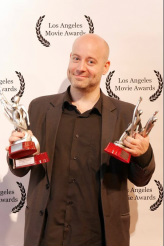 A pianist with a classical training, Guy-Roger first learned music at the Conservatoire, then in the United States and again in France at the Schola Cantorum. Upon graduation he started a career as an independent composer in 2002. That same year he composed the original soundtrack of his first full feature movie "Les Yeux Sec". The movie was later selected at the 2003 Cannes Festival as part of the Directors' Fortnight. Since then, he scored several long feature films, at an international level (France, USA, Canada,...). His work also covers trailers, videogames, commercial TV spots, theatrical plays, and TV series and documentaries broadcasted on major networks and cable televisions.