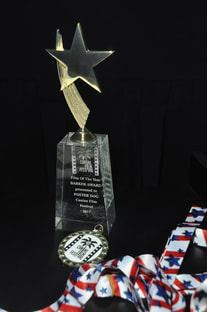 Congratulations to the Foster Dog family!

It's been such an amazing ride and we're so happy to share our story with more
and more people!! 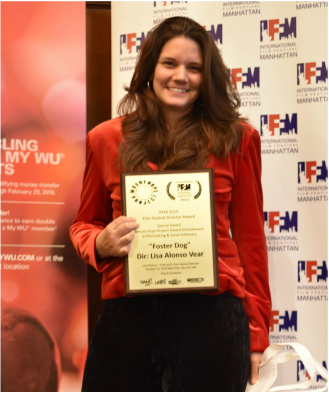 We are so honored to receive recognition for the social activism regarded within
our short film. Along with entertaining the public, we strive to enlighten with facets
of the animal rescue mission that may not be well publicized. 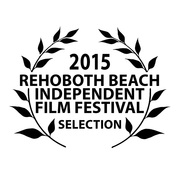 We are excited to announce another official selection for Foster Dog!
This will be our Delaware premiere and we are excited to have it at the Rehoboth Beach Independent Film Festival! 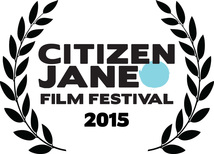 Happy to announce our selection in the CITIZEN JANE FILM FESTIVAL!  Marl your calendars for October 22-25th, especially those in the Columbia, MO area!  More details to come! 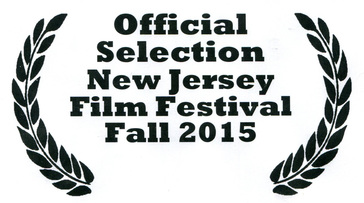 Yay! We were selected to the New Jersey Film Festival.
FOSTER DOG will be screening at 7:00 pm, September 20th at the Voorhees Hall, Rutgers University, Brunswick, NY. 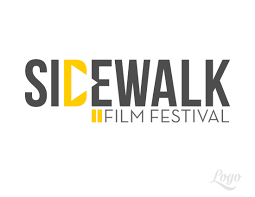 Foster Dog has been selected for the Sidewalk Film Festival in Alabama!
Get ready South, we're heading down!

June 5-13th
Foster Dog will be screening at the RENDEZVOUS FILM FESTIVAL In Fernandina Beach, FL
We are nominated for BEST SHORT!

REEL SHORTS FILM FESTIVAL
May 5-10th -- 6 chances to see it in the Let's Play category!! 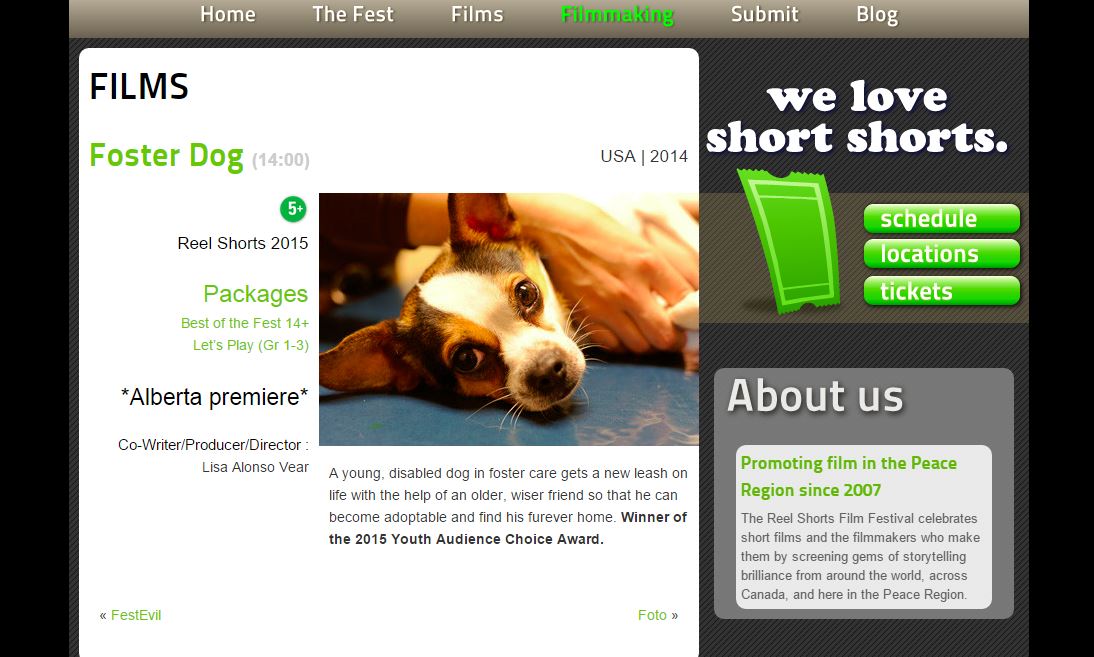 ROCHESTER INTERNATIONAL FILM FESTIVAL
April 24, 25, 26
RIFF is the world's oldest, continuously held short film festival. We had an amazing time meeting fellow filmmakers from around the world and touring the George Eastman House, the International Museum of Photography and Film and a fun filled day at Letchwood Park!  We can't thank the staff, volunteers and coordinators of Movies on a Shoestring & RIFF enough for their wonderful hospitality! A special thank you to Cathy Feinen (and Sunny) for hosting us and for Josephine and the rest of the RIFF team for making our stay so wonderful!!
ROCHESTER FILM FESTIVAL  -- TOUR OF GEORGE EASTMAN HOUSE & VAULT 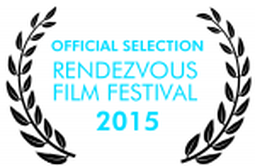 Proud to announce our selection to the RENDEZVOUS FILM FESTIVAL!

RFF IS ALL ABOUT ENTERTAINMENT (FILM, GAMING, & MUSIC), BRINGING THE ARTIST AND COMMUNITY TOGETHER FOR A 9 DAY CELEBRATION IN ONE OF THE GREATEST PLACE ON EARTH: AMELIA ISLAND, FLORIDA. 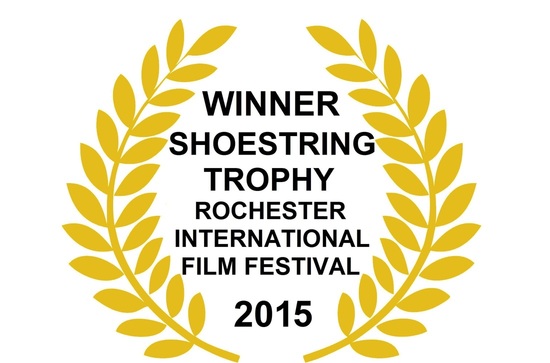 March 19th,
We are happy to announce our inclusion to the ROCHESTER INTERNATIONAL FILM FESTIVAL! 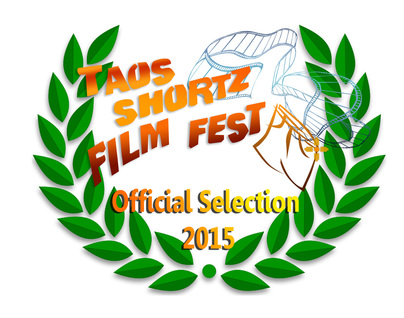 Voted one of "top 50 film festival worth the entry fee" in the spring edition of Movie Maker Magazine, Taos Shortz continues to pave the way in cutting edge indie filmmaking.

We are so excited to be apart of this festival and can't wait to join other filmmakers in New Mexico for the celebration of shorts!!

If you're in the area of Carmel, CA or Garden Grove, CA, please join!!

October 9-12th
SAN JOSE INTERNATIONAL SHORT FILM FESTIVAL
We had our WORLD PREMIERE at the SJSFF at Santana Row in beautiful San Jose!
Our short film was fantastically received and we had a fun Q&A with some fellow filmmakers
after the screening. What an amazing time we had!

October 9th
Tonight was the opening night of the  San Jose International Short Film Festival and it was exciting! For anyone in the area, please come support us by watching our cute film on Sunday, October 12th at 11:30 am at the Santa Row CineArts Theater.
October 7th
In a few more days Foster Dog will be having its WORLD PREMIERE  at the San Jose International Short Film Festival!!!!!!! We are so excited!!!!

Our awesome & amazing 1st AD on Foster Dog, adopted a sweet girl from the shelter today. Meet "Blue" Booth.
Jason would have adopted our main dog actor had he needed a home... we're happy and excited he saved someone who really needed it. Blue will be much loved in her new family!! 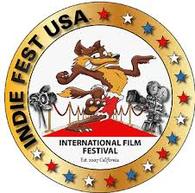 Officially selected by another festival to help spread Henry's fun foster story! Happy to announce Indie Fest USA has accepted our fantastic little film!  The Indie Fest USA Int’l Film Festival, established in 2006, is an exciting and entertaining eclectic mix of exceptional independent films from the US and International filmmakers then adding outstanding local and regional bands and solo artists. To date they have screened in excess of 1500 films from around the world, been attended by more than 1700 filmmakers and 15,000 film fans.

It's official - we have been selected for our second film festival - Carmel International Film Festival.

Carmel is an idyllic little hamlet by the sea with world famous white sand beaches, a quaint European-inspired downtown shopping district, renowned restaurants and hotels. So it stands to reason that Carmel would also be home to an international art and film festival. Screening over 125 films in unique and beautiful venues over five days, the festival is quickly becoming a cultural phenomenon on the West Coast and beyond. Few places on Earth compare to the natural beauty and sophistication of Carmel-by-the-Sea.
September 16th

Our fabulous producer is fostering a new kitty who happens to be seeing impaired and deaf. If all goes well with her kitty, Mini, he will have a new furever home! Keep you posted!


Good luck to "Simon" as he gets comfortable in his new surroundings! 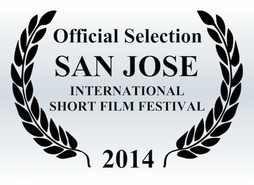 
San Jose is in MovieMaker magazine's Top 50 Festivals worth the entry fee.
"The shorts that screen at the San Jose International Short Film Festival are of the highest quality, a caliber that we like to describe as WORLD CLASS FILMS. So what exactly is a short film you ask?  It's a big idea in a small package." 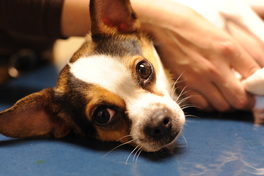 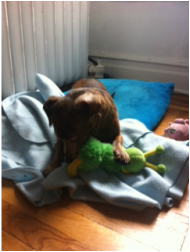 June 25th
Rochester's recovery is fantastic & he is allowed to play with his toys again - he is soooo happy!
He swears he'll never eat chocolate again!  Although, he is not to be trusted in this area.  :)

June 19th
Great news - Rochester was checked out again today - no slipped disc or back damage! You know how dangerous that is for dachshunds!! However, he must've pulled his shoulder muscles b/c he's extremely tender and painful but doing better by the hour!


Thank you, Drs. Bell & Mollica, for helping him get better! 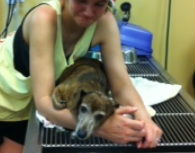 June 18th
Prayers needed for Rochester! He got into some chocolate & snacks today.  The vet induced vomiting, gave him some fluids and meds but was worried about salt toxicity. After several hours of bouncing around normally after that episode, he's acting as if he has injured his back. You know how worrisome that is for dachshunds too! Need all the good vibes we can get right now!!!
June 15th
Finally got a website counter up - what took me so long???? 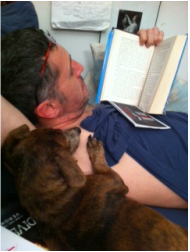 HAPPY FATHER'S DAY
to all the Dad's out there, even if your only child has 4 legs!!


Thank you for reading to your children!

June 9th
Congratulations to our actress, Kat Scicluna, who got to sing & play piano with Hugh Jackman in preparation for the Tony Awards! Personally, I think that's better than winning a Tony! 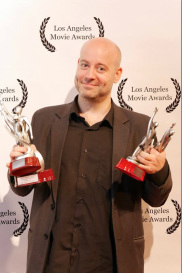 June 7th
Congratulations to our composer, Guy Roger Duvert, for winning just a few awards for his short film, Cassandra, at the LA Movie Awards. 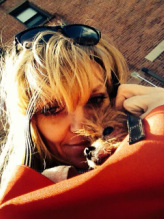 May 24th
We reached 62% of our goal!!  Okay, it's not over yet. We will continue to have fund raising events in NYC and other select cities.


A donation page will be added to the website soon for those still wishing to donate.


Thank you for all the people who have donated thus far! We were able to complete Principal Photography with your help!!! 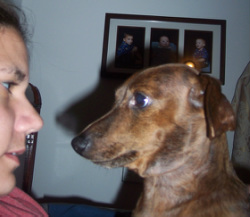 HAPPY MOTHER'S DAY
to all the hard working Moms with 2 legged or 4 legged children! 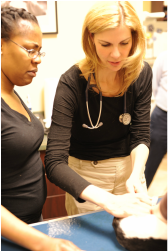 May 7th
Thank you, Dr. Mollica, at Carroll Gardens Vet Group for lending us your expertise on set!
Much appreciation to you! 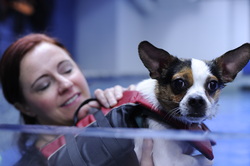 May 5th
Behind the scenes photos on set coming soon!

May 1st
We've reached 43% of our goal!!! YAY! More support is needed to finish this film and take it around the world!

April 26
Filming at Carroll Garden Vet Group today. Thank you Dr. Erica Mollica for donating your time, expertise and location for our film!!

We are happy to announce that Kat Scicluna, a licensed canine massage therapist, will be donating her services on set to make sure our dogs are comfortable!
April 22nd
We are making Headlines!!!
FOSTER DOGS of NYC interviewed us! Check out the great article Here!

April 20th
Another "Mutt" contribution! Thank you so much for your fantastically generous support!
We now have more than 30% of our goal!

April 19th
We added a crew page to our website. Check out the wonderfully talented people helping
us make this film!

April 17th
We got our first "Mutt" contribution! Thank you Lauren Pickens for donating $1000!!
The dogs appreciate your support!!

April 9th
Yay! We got our first contribution from Deanna Ward Campbell!!
Thank you for your support!